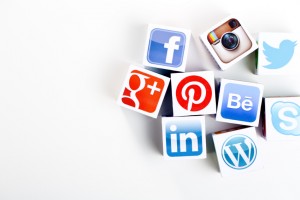 You may think you’re in the background-check clear if all of your social media handles are set to private, but in 2015, hiring managers may see social media privacy and silence as a red flag.

If you have no social media presence at all, particularly on LinkedIn, that red flag seems even bigger – and waves more loudly – in the eyes of hiring managers.

No presence = no job
In IT, marketing and PR jobs especially, a lack of a social media presence may mean you don’t know anything about technology – and don’t care to learn it. In a 2015 CareerBuilder survey on social media and job hunting, 35% of employers say they are less likely to interview a job candidate if they’re unable to find information about that person online.

Don’t count on your industry not searching for you online, as the CareerBuilder survey found 76% of IT recruiters and 64% of financial services recruiters screen potential job candidates through social media. Other industries that lead social media recruitment are sales, professional and business services, manufacturing, healthcare and retail.

To remedy this, update your LinkedIn profile so it differs from your resume, and make a few posts and albums on your Facebook page public.

Bad content = no job
The CareerBuilder study found that 51% of employers who research job candidates on social media said they’ve found content that caused them to not hire the candidate, up from 43% in 2013 and 34% in 2012. And they’re not just searching social networks, as 45% of employers use search engines like Google to researching potential job candidates.

What are they finding that’s turning them off? The following are the top pieces of content that turned off employers:

To remedy this, keep your photos and your posts clean, think before you post and even though it’s only on social media, spell and punctuate everything correctly on your bio sections and in your posts.

Most recruiters aren’t trying to find negatives on social media networks, said Rosemary Haefner, chief human resources officer at CareerBuilder. Six in ten are actually “looking for information that supports their qualifications for the job,” according to the survey. Haefner advised job candidates to make their professional persona, such as LinkedIn, visible online, and ensure any negative information is removed or made private on personal social profiles such as Facebook or Twitter.

How to Complete an EHR System Selection

There's more to EHR system selection thank you might think. Electronic Health Records (EHRs) have become vital to modern healthcare delivery. They improve the efficiency and accuracy of patient care and provide reduced costs, enhanced patient safety, improved quality of care, and streamlined workflows. However, selecting the right EHR system for your organization can be […]

Most folks own an old, beloved pair of shoes. Looking past the worn soles and tearing seams, we hold onto these relics because we can’t bear throwing them out (so much history!) and the initial discomfort of breaking in new footwear (not to mention the upfront price). Holding onto outdated and underperforming human capital management […]