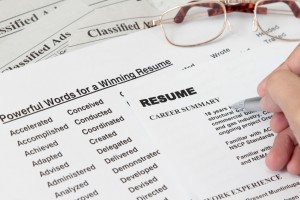 A disclaimer before you start reading this: None of the following resume and cover letter mistakes and hilarities comes from anything we have ever received.

However, our recruiters and hiring managers would agree that resume and cover letter mistakes make them think twice about interviewing or hiring a candidate. So after you have a chuckle at the 20 resume and cover letter mistakes below, proofread your own resume – and maybe have someone else proof it, too – to ensure you never make similar spelling, grammar or completely bizarre mistakes on your own list of professional accomplishments.

What should you include on your resume and cover letter? Make your resume stand out by updating it with these 20 power words.

Dos and Don’ts for Your Best 2016 Resume Format [Infographic]

So you’ve followed our eight easy tips for improving your resume, eliminated these 35 words from your resume and added these 20 words to it instead. What’s next? You may not be surprised to hear this, but go over your resume again, this time for its formatting. Great resumes use a lot of white space, […]