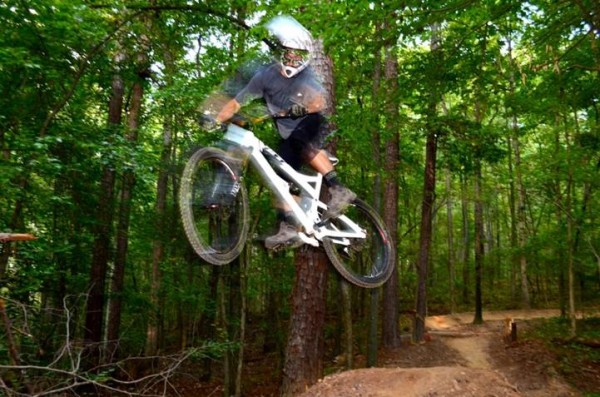 Matt Kasperzak, an Epic Consultant Advisor for Healthcare IT Leaders, graduated from the University of Denver – which he attended partially for his love of the great outdoors. An avid snowboarder and wakeboarder, Matt hasn’t met an outdoor activity he doesn’t like. He loves talking to new people at his job, but he travels back to Denver whenever he has a chance to soak in all that sun and snow. [Note: The Big Creek Park free ride area, which is where Matt is seen mountain biking in the picture above, is located just 10 minutes from Healthcare IT Leaders!]

Q: What is your favorite HIT Leaders company memory?
A: The company Christmas party the first year, in 2011. Before the party Bob had offered me his tickets to a football game Monday night. They raffled off those same tickets at the party. 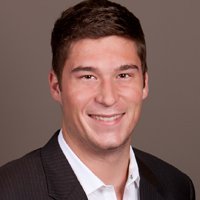 Q: Who would you most like to meet, in history or current?
A: My dad’s dad. He died when I was a year old.

Q: What’s your favorite thing to do outside of work?
A: Mountain bike and go to the lake.

Q: What was your favorite TV show when you were little?
A: Rugrats

Q: What’s your favorite food or favorite kind of food?
A: A filet mignon, medium rare, preferably with a Caesar salad and garlic mashed potatoes.

Q: If you could be an animal, what animal would you be and why?
A: An eagle because they get to travel wherever they want.

Q: Least favorite animal and why?
A: A jellyfish because when I was 12, I jumped off of a boat and got attacked by a group of them.

Q: What would you do or buy if you won the lottery?
A: I would travel, snowboard and bike all over the world.

Q: What’s your favorite thing about recruiting?
A: Talking to people and meeting people from all over.

Q: If your life was a movie, who would play you?
A: I’m not really a big movie guy! How about we go with Mark Walberg because he produced Entourage, one of my favorite shows.  And who doesn’t like Marky Mark?

Q: What about you would surprise your coworkers?
A: Most people don’t know I was born in Ireland. I moved to the United States when I was one year old, hence the [lack of] accent.