Healthcare IT Leaders Consultant Advisor Erik Mesquita knows plenty of languages: English, Portuguese, Spanish, health IT speak and sports talk (specifically, anything about the New England Patriots). The Sao Paulo, Brazil, native received his bachelor’s degree from Bentley University in Waltham, Mass., and he’s lived in the Boston area since 1991, hence his Patriots devotion. But he ended up in the Boston area almost completely by accident, which spurred a lifelong love of meeting and talking to new people to find out what motivates them – a necessary attribute in a good recruiter.

Q: How did you get to the Boston area?
A: My father and mother sold all their belongings from Sao Paolo, Brazil, when I was eight years old, and decided to live somewhere different. My father had plans originally to go to Australia, and he for some reason stopped through Boston, and he stayed here. He’s a very decisive, old-school kind of guy, so when he makes up his mind, it’s a done deal. There was something about Boston that made him stop in his tracks.

Q: What is your favorite HIT Leaders company memory?
A: It was the first time I met the folks in the Atlanta office, earlier this year. I had never been to Atlanta before, and meeting the people who I worked with, directly and indirectly, was really exciting. I embrace those types of experiences. Anytime you and your coworkers get to know each other better, we all learn to communicate better.

Q: Who would you most like to meet, in history or current?
A: I’m a huge fan of pastor, author and speaker Tim Keller. My family is Christian, and I’ve read a lot of his books and listened to a lot of his podcasts. He’s a spiritual trailblazer, and I was introduced to his work by my brother-in-law, who’s also a minister. I’d also love to meet Tom Brady. I’m a die-hard Patriots fan, and I have a huge man crush on him. He was picked so late in the NFL draft, and for him to become who he is now, it’s just such an incredible journey. I’d love to find out how his thought process was when he signed on and what drives him now.

Q: What’s your favorite thing to do outside of work?
A: Playing sports, staying active with basketball, soccer, tennis, a lot of functional training and running. That’s my outlet, and being so active helps me sleep well.

Q: What was your favorite TV show when you were little?
A: Married With Children [laughs]. I probably shouldn’t have been watching it, but my parents worked a lot so I snuck in seeing it. I liked the dysfunctional family aspect of it – everybody’s family is kind of crazy, and the show kind of reminded me of my family a little bit. 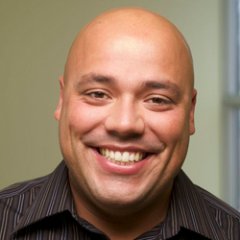 Q: What’s your favorite food or favorite kind of food?
A: My dad’s an executive chef, so you can imagine the kind of food I’ve been exposed to. I love lots of different foods, but I’d have to say a really good cheeseburger with everything on it and fries. It has to have a fried egg on it. In Brazil, we eat fried eggs on our cheeseburgers.

Q: If you could be an animal, what animal would you be and why?
A: I’ve never thought about being any animal, but if I had to be one, I’d be an eagle. No one ever sees an eagle, but they can see everything at all times, makes them omniscient and also incredibly graceful.

Q: What would you do or buy if you won the lottery?
A: I would immediately cash my ticket out, fly back to Brazil, build the biggest ranch with as many animals as possible, with a beach within driving distance, invite my family to join me, and you probably wouldn’t ever see me again. I’d seclude myself from any urban or stressful situation and just live and work off the land.

Q: What’s your favorite thing about recruiting?
A: I appreciate that people from completely different cultures and backgrounds meet over the phone. You may have someone from a city taking a job in a more rural setting and loving it. I love the element of surprise, and moreover, fate.  For example, it’s exciting when a candidate gets two job offers, and you get to see which one they choose.

Q: What about you would surprise your coworkers?
A: Because of my stature, a lot of people might think I’m very aggressive. But I’m very calm and am always smiling. They also probably don't know that I speak Portuguese and Spanish.