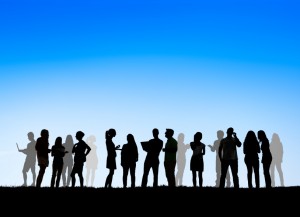 The employment outlook is favorable for healthcare and IT workers seeking contract or permanent roles in 2016, according to a new forecast from CareerBuilder.

The company’s annual survey of employers finds nearly half (47%) will hire temporary or contract workers this year, up slightly from 46% in last year’s survey.

The survey also found that 36% of employers plan to add full-time, permanent headcount in 2016, unchanged from the 2015 survey, which ranked as the best outlook since 2006. Ten percent plan to decrease staff levels — up from 9% last year — while 45% anticipate no change and 9% are unsure of plans.

By industry, financial services (46%), information technology (44%), and health care (43%) are expected to outperform the national average for employers adding full-time staff, according to the survey.

Tech talent a top need
IT jobs are also one of the top hiring needs across all industries. Of the employers who plan to add full-time staff, the top three areas they’ll be recruiting for are customer service (32%), information technology (29%) and sales (27%).

CareerBuilder CEO Matt Ferguson says the outlook for jobseekers reflects a strong economy and a continuation of job growth trends seen in 2015.

“On average, the U.S. has added 200,000 jobs each month over the last two years, and we expect 2016 to produce similar results, if not better,” says Ferguson. “The market is also showing signs of broader wage pressure. While employers have been more willing to pay a premium for high-skill labor, they’re now having to pay more competitive wages for entry-level positions. Workers are gaining leverage.”

The outlook for healthcare IT jobs is strong, according to Healthcare IT Leaders President Brad Elster. “Contract EMR jobs are coming back as health systems replace old systems or upgrade existing ones,” says Elster. “That means more work for analysts, trainers and project managers.”

“Hospital-based IT spending also seems more diversified with enterprise spending being spread across BI, rev cycle, security, HCM and even CRM initiatives,” says Elster. “It’s not just all about the EMR anymore and that’s a good thing for IT professionals seeking healthcare jobs."

Women make up less than 20 percent of U.S. tech jobs, even though they make up more than half of the U.S. workforce. The stats are even more shocking at the top of the food chain—of the CEOs who lead Fortune 500 companies, only 24 are women.  But times are changing and many leaders, especially […]