Job growth in 2016 is being sparked by the healthcare and technology sectors, and some of the biggest and best-known employers in health IT are leading the way.

Below are five major health IT companies with aggressive expansion and hiring plans for tech jobs. 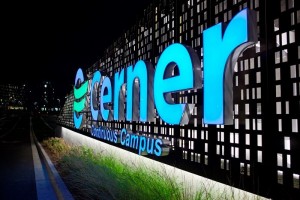 Cerner Corporation
Cerner Corporation’s ongoing expansion of its headquarters is being called the biggest job creation project in Kansas City, Mo. Cerner will hire an estimated 16,000 new employees between 2017 and 2025, according to a 2014 cost-benefit analysis related to the project.

The first two office buildings in Cerner's $4.45 billion new campus started going up in July 2015 with initial construction scheduled for completion at the end of this year or the beginning of 2017. The building projects are a reflection of the company’s massive growth, highlighted in 2015 by its acquisition of Siemens Health Services and the award to Cerner by the Department of Defense of its multi-billion dollar EMR contract.

Epic Systems
Epic shows no signs of slowing down. Last year, the EMR giant unveiled plans for a fifth major campus, including five new buildings that would add a half-million square feet of office space to its Verona, Wis., headquarters.

Epic has hired 3,000 people over the past two years, which in turn has driven its construction boom, according to Bruce Richards, director of facilities and engineering for the company. “We’ve got a lot of people doubled up in offices, and we’re trying to get our offices un-doubled,” Richards told the Wisconsin State Journal.

IBM Watson
Greater Boston’s reputation as a hub for healthcare and technology makes it an ideal location for IBM Watson Health, the company’s business unit dedicated to healthcare analytics and cognitive computing.

Watson Health opened its headquarters in Cambridge, Mass., in September 2015 and may eventually house 2,000 employees in its new offices, many in clinical and research roles.

Like other Cambridge-based tech employers, IBM hopes to draw from the brain power coming out local universities, including Harvard and M.I.T.

Kaiser Permanente
Nearly 900 health tech jobs are coming to greater Atlanta over the next few years, courtesy of Kaiser Permanente. The California-based healthcare provider is moving forward with a new technology hub in midtown Atlanta.

The company is expected to hire developers and data analysts with EMR experience. Kaiser Permanente HealthConnect, the organization’s electronic health record, is the largest non-governmental medical record system in the world.

Optum
The health and technology services arm of UnitedHealth Group, is expanding in Boston’s Fenway neighborhood.

Optum is building out new office space to house its current Boston area workforce of 400 and to make room for an expected 400 new jobs.

“We’re experiencing very rapid growth in the Boston area,” said Matt Stearns, a spokesman for Optum. “It makes sense for us to bring together a large number of our people into a collaborative hub in an up-and-coming neighborhood to drive innovation and technical (partnerships).”

Internationally, Optum has more than 100,000 employees, about 20% of whom work in technology roles.

Cerner innovations and client success stories take center stage in Kansas City from Nov 14 -17 at the 31st Cerner Health Conference (CHC). Some 340 diverse education sessions are planned, the majority of which will be led by Cerner clients. If you’re a registered attendee, you should download the conference mobile app in advance to plot out your […]