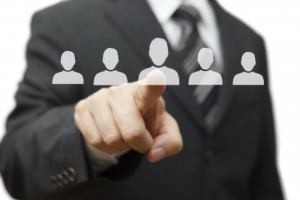 Growth in the U.S. economy, falling unemployment and workforce shortages are key drivers fueling opportunities for contractors and the staffing firms that place them.

The outlook is so favorable, in fact, that the U.S. temporary staffing industry is forecast to reach a record size of $121.0 billion in 2016, according to a new report from Staffing Industry Analysts (SIA).

“We believe that 2015 will have the fastest GDP growth in a decade, creating immense opportunity for the U.S. staffing industry in the form of an additional $7.8 billion in staffing revenue nationwide versus 2014,” said Research Manager Timothy Landhuis, who wrote the report.

Combining temporary and permanent search, SIA calls for the total staffing industry to reach $139.1 billion in 2016.

Continued growth in IT
The SIA forecast sees growth in all major skill segments in 2015, led by 7% increases for both IT and healthcare staffing. The bullish report follows a recent CareerBuilder survey which found that 59% of IT employers plan to add temp workers in 2015.

Healthcare IT Leaders President Brad Elster says the national outlook mirrors what he hears from hiring managers. “Having just spent a week at HIMSS in Chicago, it’s clear that healthcare IT staffing is still a high growth business," he said. “The recent EMR boom may be slowing, but hospitals and health systems still need temporary and consulting talent for integration projects, upgrades, analytics, and new ERP installs.”

Higher wages
Falling unemployment and competition for qualified candidates will accelerate wage inflation, according to Landhuis, which should translate into higher bill rates and revenues for staffing firms. But he also warned that higher pay rates pose a challenge for the industry in the event of an economic downturn.