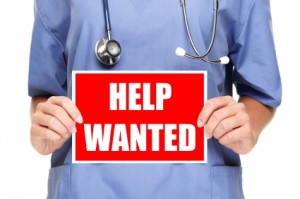 Hospital hiring in the IT category will remain steady and grow for the remainder of the year and contract healthcare jobs will surge, according to a new CareerBuilder survey conducted by Harris Interactive.

The online survey of more than 200 healthcare hiring managers indicated that full-time, permanent hiring in the second half of 2013 will show a gradual improvement over 2012 while temporary and contract hiring is expected to increase 15 percentage points over last year--increasing from 12 percent to 27 percent.

“While projected additions to full-time staffs have improved marginally from last year, temporary and part-time hiring is expected to grow much more rapidly,” said Jason Lovelace, President of CareerBuilder Healthcare, “This trend, along with an increase in health care employers planning on transitioning temporary employees to full-time roles over the next quarter, reflects the hesitation typical of a post-recession market, along with growing optimism that will continue as employers gain confidence in the economic recovery.”

In the back half of the year, employers plan to hire in these areas:

The findings support other recent hiring surveys indicating a strong job market for full-time and part-time healthcare IT personnel. A July HIMSS survey of hospital and health system employers found that 79 percent plan to hire additional staff in the coming year.