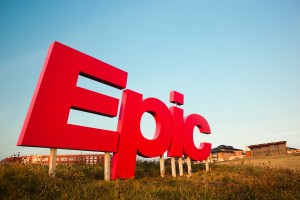 And, according to the report, nearly 20% of community hospitals are actively looking to change their EHR vendor.

However, in current market share, Meditech is the leader at 28% of the market, followed by McKesson, Cerner and Healthland Centriq (tied at 12%), Medhost and Epic (tied at 8%), NextGen and CPSI (tied at 5%), QuadraMed, Allscripts and Medsphere (tied at 2%), Razor (1%) and none, according to the report.

Providers also listed their biggest EHR challenges, citing usability as an issue across the board (54%), and many providers felt that their system was missing functionality (53%).

"Reliability and uptime was rarely an issue for providers, and service was meeting providers' needs the majority of the time," the report states. "Most providers felt that they were getting support for strategic objectives from their EHR vendor. However, usability was an issue across the board, and many providers felt that their system was missing functionality."

The findings in the report go along with similar ones in the past year, including a Software Advice study that found that nearly 60% more buyers are replacing their EHR system in 2015 versus 2014, and a 2014 HIMSS survey that around 40% of physicians would not recommend their EHR to a colleague.

The Community Hospital Quick EHR Report 2015 gathered feedback from 277 providers in community hospitals and was released at the end of July.