Stack Overflow touts their 2016 survey as the most comprehensive developer survey ever conducted.  And who are we to argue?

Stack is a web-based community of 4.7 million programmers who post and answer questions, sharing advice and code on a reddit-style bulletin board, and their entire community is invited to participate in their annual survey.

This year’s results—compiled from 56 thousand respondents in 173 countries—offer a fascinating view into developer demographics across the globe, including the 5 fun facts cherry-picked below that you might find a little surprising.

Most Developers Refer to Themselves Professionally as … Developers

This may sound like an obvious result, but there are, as any IT recruiter will attest, a boatload of synonyms that basically describe the same profession:  full-stack developer, programmer, architect, analyst, ninja, rockstar, etc.  There is also healthy debate over whether a developer is justified in using the loftier sounding title of Software Engineer.

But at the end of the day, most developers (71.6%) say they are simply developers. 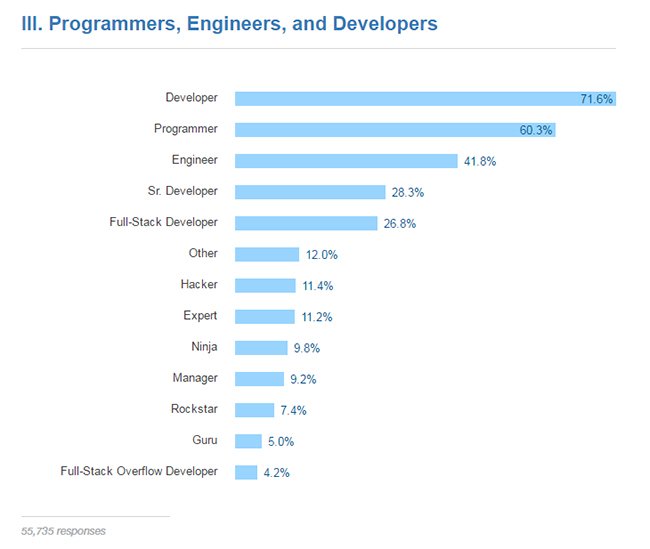 The Average Developer is Relatively Young (and Inexperienced) 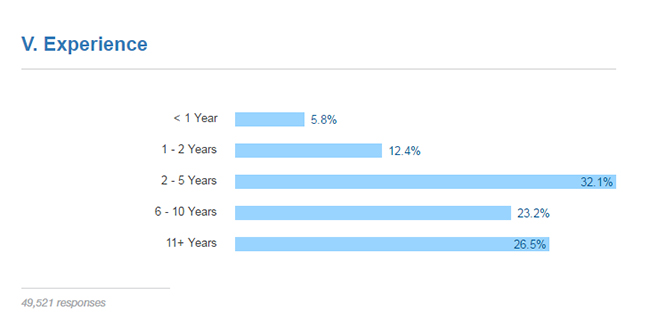 While 43% of developers report a college degree in Computer Science or some related major, 69% say they are at least partly self-taught.  What’s truly interesting is the diversity of educational paths for developers. Some are learning in school, online, on the job or a combination of all of these options. 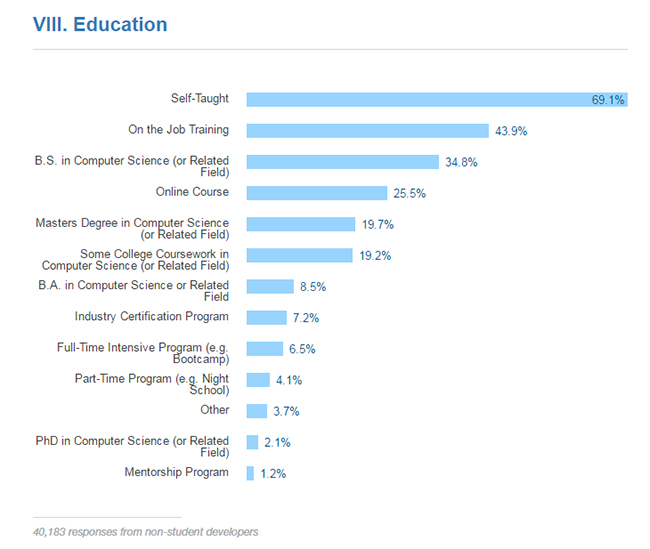 The 2015 release of “Star Wars: The Force Awakens” almost certainly biased these results, but age seems to be the biggest factor in whether one prefers Luke Skywalker or Captain James T. Kirk, with Star Trek fans skewing decidedly older. 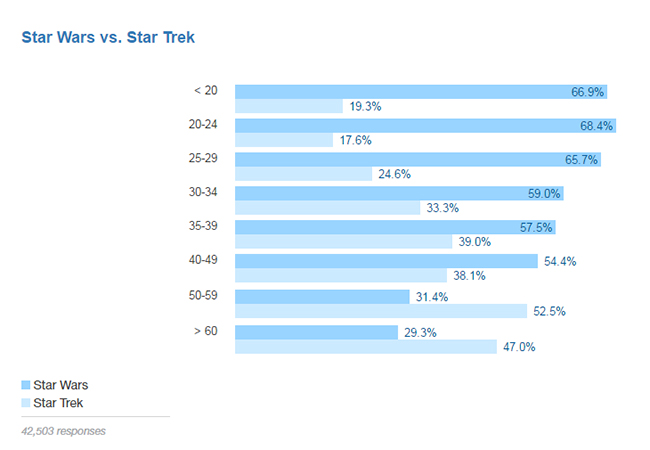 Almost every industry imaginable employs developers, but the Software Gaming industry employs the happiest developers—or rather, does a better job of keeping them happy compared to industries like Telecommunications and Government, which rank lowest for developer job satisfaction. 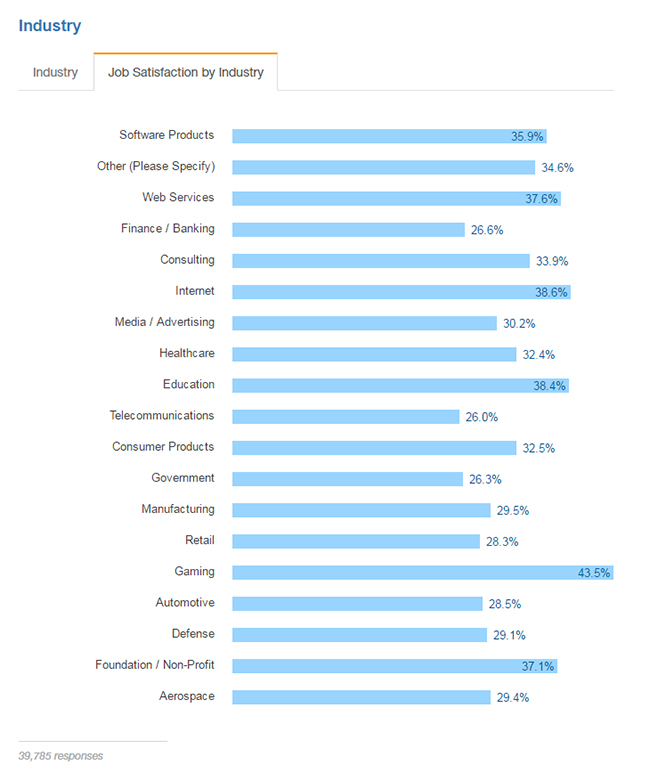 Mega-projects are increasingly common in healthcare IT as hospitals and health systems implement multi-million dollar and sometimes billion dollar EHRs and other enterprise solutions. Successful projects are more common than failures, but when a large-scale initiative truly goes off the rails, there are considerable costs—human and financial—that can stagger an organization for years. The Project […]