An Adventure in Wonderland is the theme for this year’s Epic UGM - User Group Meeting. The Epic UGM 2016 dates are Sept. 19 – 22, and the conference is likely to draw nearly 20,000 visitors to Epic’s Verona, Wisconsin headquarters.

The event provides a forum for valuable discussions with Epic staff and customers, and given the theme you’re sure to see a Mad Hatter or two during your visit. Below are five great reasons to attend. Sign up by August 12 for the early bird registration rate. 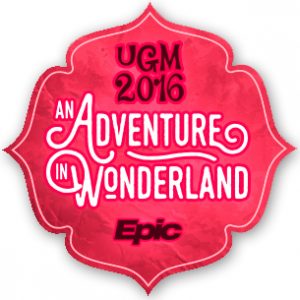 Attend the General Session
Part of the fun here is guessing WWJW (What Will Judy Wear?), as Epic CEO Judy Faulkner is likely to appear in costume to match the annual theme of the conference. But content is king at the kick-off and you’re sure to learn something new about Epic that you didn’t know before. As Christine Kemnitz, a Nordic Practice Director and UGM veteran writes, “A lot of time goes into ensuring that the session is informative, clever, entertaining, and sets the tone for the rest of the event.”

Cool Stuff Ahead
As billed, the Cool Stuff Ahead breakout sessions are where Epic product leads and developers tell you what they are working on for future enhancements and releases. As an end user, you not only get to peek into the future of the module that interests you most, you also get to give direct feedback that may influence development.

CIO Networking
There are several scheduled forums for CIOs to network with one another and to have in-depth discussions with Epic leadership, including a CEO session with Judy Faulkner. Sue Schade, interim CIO at University Hospitals and founder of Next Wave Health advisors lauds Epic for facilitating open and honest discussions with their customers. “We challenge Epic when they say something is easy to implement and takes only limited time and resources. We ask Epic to share best practices they have seen to give us all a running start on something new,” writes Schade.

Hiring for an Epic Implementation? Download Tips and Expert Advice.


Hot Topics
Circle Wednesday on your UGM agenda to do a deeper dive into two topics critical to the future of your health system:  population health and cybersecurity. Epic’s Healthy Planet will be part of the discussion regarding Population Health, but overall industry trends are the focus. The Cybersecurity forum is a must-attend session for anyone responsible for the integrity and security of healthcare data.

Tour the Campus
The events of UGM will give you a good view of some of the buildings on the Epic campus, but you should definitely make time in your schedule to properly tour the vast campus. Highlights include the new Wizards Academy-themed buildings, styled after the architecture of Hogwarts in the Harry Potter movies, the Farm Campus, opened in 2013, and the massive Deep Space Auditorium, which is the site of the General Session.

While a typical apple tree takes 5 to 8 years to bear fruit after planting, Epic says its customers are already harvesting positive benefits from the company’s App Orchard, launched in 2017. Epic Systems recently hosted developers and users at its Verona, WI headquarters for the 2018 App Orchard conference. The event was a showcase […]