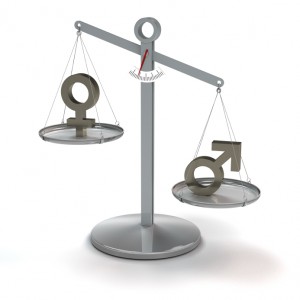 Although women make up the majority of the healthcare workforce, they are woefully underrepresented in positions of power in the sector.

That’s the conclusion of a new report on the State of Women in Healthcare from Rock Health, which provides early-stage investment to healthcare entrepreneurs.

The report, drawn from industry data and a survey of over 400 women executives, finds that females represent:

There is only one woman CEO at a Fortune 500 healthcare company, Heather Bresch at Mylan.  The largest publicly-traded health company with a woman in the executive suite is Aetna, where Karen Roman is president.

Why the gap?
Respondents to the Rock Health survey almost universally felt that discrimination plays a role in the gender gap, with 96% saying “gender discrimination still exists.” Forty percent of respondents in the survey said “their firms do not support women in their career development.”

Other barriers to career growth cited included lack of confidence, the challenges of work-life balance and a shortage of role models and effective mentoring.  Half of women in the survey felt they have less access to mentors than their male colleagues.

Although the report didn’t look specifically at healthcare IT, other surveys have highlighted similar gender issues. A 2013 analysis by Healthcare IT News of more than 3,000 health IT positions found 75% of senior positions were held by men.

More women, greater return
In a blog post accompanying the release of the Rock Health report, Managing Director Halle Tecco says a third of its portfolio companies have a female founder. Four years ago, the firm began a women’s networking initiative, XX in Health, in part, to help its companies gain access to a more diverse talent pool.

Healthcare IT Leaders Lends a Helping Hand: Volunteer Recap of 2018

Healthcare IT Leaders has spent a large part of 2018 lending a helping hand to charities and organizations we hold close to our heart. Not only is donating and helping these causes rewarding to us–it has a positive effect on our communities and makes a difference to the people in them. Here’s what we’ve been […]

Happy Holidays from Healthcare IT Leaders

It's been an amazing 2018 here at Healthcare IT Leaders. We're so grateful to all of our clients, consultants and associates—you really do make us smile! It's also our joy to share our gifts with others. Whether through our annual Christmas tree giveaways, or our special work-study partnership with the students at Cristo Rey […]