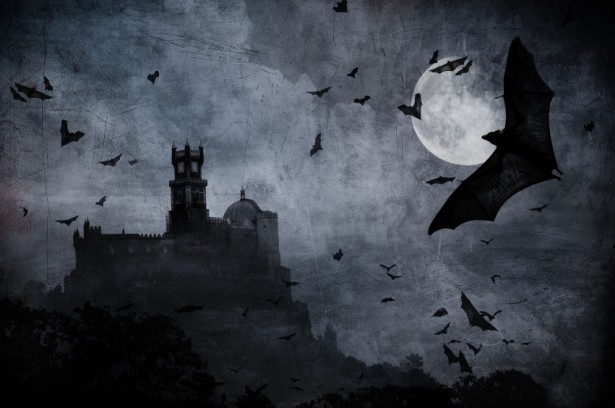 Sure, Halloween brings up thoughts of black cats, witches, ghosts and ghouls, but it turns out the rest of the year can be pretty scary, too. Our staff shared with us the spookiest thing that ever happened to them, from encounters with creepy creatures to brushes with death to horror movie pranks from family members.

"I honeymooned in Costa Rica, and when I woke up one morning, something larger was stuck - and moving - in the mosquito netting around my bed. I can't see without my contacts or glasses, so I didn't know what it was. When I got closer, I saw it was a live bat! Talk about a blood-curdling scream." - Candice Bush, Consultant Advisor

"I was watching the movie 'It' downstairs with my family when I was 12 years old, when my dad dropped a clown mask from the upstairs window outside. We all screamed." - Caitlin Gentry, Consultant Advisor

"When I was a child, I was sleeping in a sleeping bag in our family room. I believe I awoke and saw a parade of ghosts circling around me. Dream or not, to this day I remember exactly what I saw." - Susan Galbreath, Director of Human Resources

"A few years ago, I was sitting at my desk at work, really focused on my computer screen, when a spider came down on its web, right in front of my eyes. I am terrified of spiders, and I screamed out loud, right there in the quiet office." - Lindsey Gray, Retention Manager

"My husband left and my young son was asleep, and I was in the shower washing my hair. I opened my eyes and a man was standing at the glass door! I screamed. It was my husband, who forgot his phone and came back in to say goodbye again, but I truly almost fainted." - Trish Brashear, Account Manager 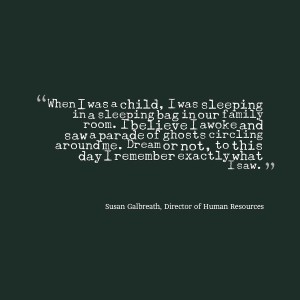 "After my brother and his friend took some dates to see 'The Texas Chainsaw Massacre,' they came back to our house, and their dates went into the powder room. Somehow the guys convinced my dad to let them rev up and bump a chainsaw into the powder room door while the girls were in there. It was the funniest, spookiest thing I've ever seen. And no, they didn't go on second dates with them after that." - Kathy Pilkey, Director of National Accounts

"I was on a mission trip in Cambodia building a school for an orphanage there a few years ago, and they took us on a tour of one of the torture prisons there, which has been turned into a genocide museum. It was really disturbing." - Andy Bryant, Consultant Advisor

"A few days ago, my 6-year-old son left his very realistic-looking spider ring on the floor, and I didn't know it was just a ring. I saw it and jumped, and he just walked right in and picked it up." - Neika Powell, Consultant Advisor

"When I was in college, I was scuba diving as part of a group, and I wandered off a little by myself into a cave. The tour group left, I was by myself in pitch-black darkness, and I had to find my way out. I really didn't think I was going to make it - let's say a spirit led me out!" - Mike Cooper, VP of Enterprise QA

"I rearranged my room once when I was in elementary school and moved the TV across my bedroom. I was playing Super Mario Bros. on my Nintendo after, when I realized the Nintendo wasn't even connected to the TV. I don't know how it was working. It was working just fine - that one time - but I was pretty freaked out." - Justin Couch, Consultant Advisor

"When I was 12 years old, I was watching 'The Shining,' and my dad snuck up behind meand started banging on the glass door. It scared me to death!" - Brad Elster, Principal 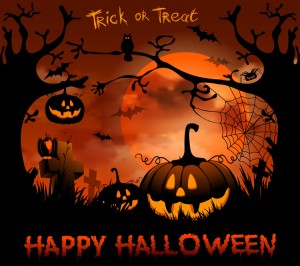 "I moved into a new neighborhood that had a small cemetery in it when I was in sixth grade. My friends and I used to roam around the cemetery, and one night my friend Andrew stepped into, essentially, a pitfall trap, but we thought he fell into a grave." - Matt Kasperzak, Consultant Advisor

"I was a child when I heard a neighbor of mine passed away. I was walking through the neighborhood the next day, and I actually ran into him, the neighbor who I heard had died. It turns out that a different neighbor died. Whoops!" - Dimple Kochikar, Consultant Advisor

"When my parents were out of town for a week, I started to go to bed when I realized the basement window zone on our security system was blinking, meaning a window down there was open. I hadn't been in the basement all week. I walked down to the basement with a knife in my back pocket, and sure enough, the basement window was cracked open. Apparently, my dad was down there the night before and wanted to 'get fresh air in the basement' which no one has ever done in the 12 years we lived in the house before that." - Heshan Rodrigo, Client Advisor

April is National Stress Awareness Month—time for raising awareness about the causes and cures for the growing stress epidemic within the United States. The unpredictable experiences of the past two years have left many feeling depleted and at risk for the negative impacts of chronic stress. What begins as physical symptoms of stress such as […]

By 2030, there will be a global shortage of more than 85 million tech workers, according to one recent estimate. That means opportunity—and choices—for job seekers. If you’ve got marketable IT skills, and a reasonably polished resume or LinkedIn profile, then you’ve probably noticed that recruiters want to be your best friend. In a world […]