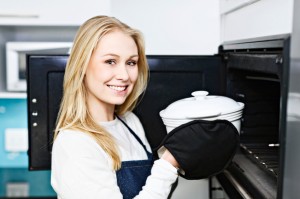 It’s that time again – time to recap the best excuses for missing work for the year. And whether you label them “best excuses” or “worst excuses,” it’s certain that the excuses are even crazier than 2013’s excuses.

An annual CareerBuilder survey included a representative sample of 3,103 workers and 2,203 hiring managers and human resource professionals across industries and company sizes. The national survey was conducted online by Harris Poll from ­­August 11 to September 5, 2014, and polled participants on faked sick days, Paid Time Off policies and reasons reported for missing work.

Interestingly, those in the IT, retail and leisure and hospitality industries were least likely to call in sick this past year (22%, 21% and 20%, respectively), while employees in professional and business services (35%) and sales (34%) called in sick most often.

While about half (49%) said their companies had a Paid Time Off policy that allowed them to use days off however they wanted, 23% of workers said they felt they needed to create an excuse to miss work.

And of those excuses, here are the best ones chosen from the survey:

Of the employees who called in sick to work, 28% were actually feeling well at the time, down from 32% from the 2013 survey. When asked why they called in, 30% said they just didn’t feel like going in to work, 29% said they wanted the day to relax, 21% used the day off to go to the doctor, 19% wanted to catch up on sleep and 11% said the weather was to blame for taking the day off.

On the other hand, some employees consider calling in sick too risky or even a luxury, as more than half of employees (53%) say they have worked while they were actually sick because they felt the work would not be done otherwise, and 38% did the same because they can’t afford to miss a day.

What is Advanced Scheduling? Q & A with Dave Johnson

Labor shortages and cost pressures make it more critical than ever for healthcare organizations to "get the schedule right." So we asked our UKG Practice Leader Dave Johnson to tell us more about the role of Advanced Scheduling as part of a larger Workforce Management (WFM) solution. Why is scheduling such a critical component of […]

April is National Stress Awareness Month—time for raising awareness about the causes and cures for the growing stress epidemic within the United States. The unpredictable experiences of the past two years have left many feeling depleted and at risk for the negative impacts of chronic stress. What begins as physical symptoms of stress such as […]